Cibus In The News and Press Releases

Our most recent news items and corporate updates. 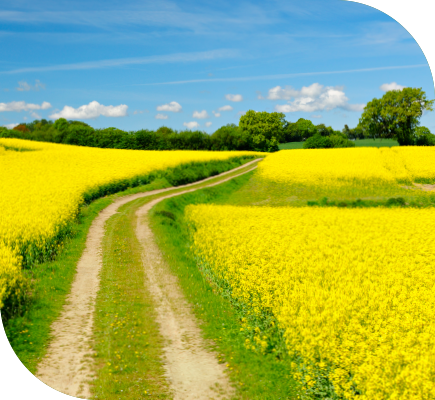 The merger will bring together the technology platforms and facilities of two pioneering companies to create a leader in precision gene editing focused on driving sustainable agriculture and the availability of renewable low-carbon ingredients.

Upon closure of the merger, Rory Riggs, Cibus CoFounder, will become Chief Executive Officer and Chairman of the combined company and the Cibus leadership team will lead the new organization.

Roseville, Minn. and San Diego, Jan 17, 2023/PRNewswire/ - Calyxt, Inc. (Nasdaq: CLXT), a plant-based synthetic biology company, and Cibus, a leader in precision gene editing in agriculture, today announced that both companies have entered into a definitive merger agreement under which Calyxt and Cibus will merge in an all-stock transaction.

Study Affirms the Potential of NGTs to Significantly Contribute to Agriculture Sustainability, the Key Objectives of the European Green Deal (Farm to Fork), and Makes an Urgent Call for Regulatory Reform

San Diego, October 29, 2020 - Cibus, a leader in developing trait products for agriculture, today announced a sharpened strategic focus. Based on its recent success in developing input traits in the diverse areas of disease, weed control and agronomy, Cibus is focusing its business on developing traits in key input crop categories in the largest global crops: canola, rice, soybean, corn and wheat.

San Diego, October 13, 2020 - Cibus, a leader in input and agronomy trait products, announced today an additional 12 of its trait products have been designated as non-regulated by the United States Department of Agriculture’s Animal and Plant Health Inspection Service (USDA-APHIS) Biotechnology Regulatory Services (BRS).

San Diego, May 05, 2020 - Cibus, a pioneer of precision gene editing in agriculture, today announced its microbial strain development subsidiary, Nucelis, has been granted a new patent by the United States Patent and Trademark Office for increasing vitamin D production.

New York, April 22, 2020 - ClearList, a digital trading platform that will transform price-discovery of private company securities and provide liquidity for those securities, was announced today, including its inaugural private-company client, San Diego-based Cibus, a leader in advanced plant-breeding technologies.

2020 SIMB Board of Directors Election Results

Cibus congratulates Noel Fong, Director of Strain Development, on her election as president of the Society for Industrial Microbiology and Biotechnology.

Precision gene-edited traits for one of the world’s largest crops to help reduce farmers’ costs, while improving yield and quality

San Diego - July 15, 2019 - Cibus, a leader in advanced plant-breeding technologies, today announced it has been granted a new patent related to increasing the efficiency of gene targeting in plants.

The Ministry of Environment Policy is aligned with U.S. and other countries, including Argentina and Brazil, and would help facilitate international trade

San Diego - April 8, 2019 - Cibus, a leader in advanced plant-breeding technologies, today announced it has been granted a patent further protecting its proprietary, precision gene-editing technologies when a Clustered Regularly Interspaced Short Palindromic Repeat (CRISPR) nuclease is used in combination with its Gene Repair Oligonucleotide (GRON) to enable the editing of DNA.

San Diego - May 2, 2018 - Cibus, a leading trait development and plant breeding company, will share its latest developments and discuss technology in agriculture and the future of food at multiple agriculture and technology conferences in the coming months. Executives will participate in discussions about its Rapid Trait Development System™ (RTDS®) and the latest advances in genome engineering for agriculture.

Cibus In The News

The Western Producer - 08/04/22: Shattering design to release ahead of combine

Scientific American - 4/23/20: Diseases Can Jump to Humans from Plants, Not Just from Animals

Scientific American - 9/5/18: GMOs Are Not Agriculture's Future-Biotech Is

New Scientist - 7/4/18: The second great battle for the future of our food is underway